It is with deep sadness that we announce the passing of our dear friend, longtime USTA Texas volunteer, and 2022 Texas Tennis Hall of Fame member, Henry Cox, who passed away on Tuesday, November 15.

Henry Cox was born in Nebraska in 1945. Born with one arm, he did not let that slow him down. Cox was avid in many sports, including basketball, golf and tennis. He played number one on his squad in college and went on to coach.

Cox came to Texas via a circuitous route that included a staff job in the USTA’s Princeton office where he was one of the pioneers of what would become Adaptive and Wheelchair tennis and Lincoln, Nebraska where he spearheaded the building of a citywide tennis center. Though not particularly tall, he was a giant in the fight to get everybody and everyone the chance to get into the game of tennis, his favorite of the many sports at which he excelled.

Cox landed in Texas in the 1980s with this can-do attitude and immediately set to work teaching, showing, motivating. He had some counseling expertise in his background and that helped him relate to kids and adults on whatever level was necessary to help. He used tennis as a lever to lift others up who might not ever have had the chance. Schools, clubs, tennis centers, parks, senior organizations and expos, and oh yes, the Texas Tennis Association, as USTA Texas was known then, were his stages.

He signed on to help in any possible way and on numerous committees: Junior Rec, Special Populations, Wheelchair, Adaptive, Multicultural, Sports Science, Adult Recreation – and he won awards for his service. He volunteered at local and state events — Special Olympics, Arthur Ashe Kids Day at the US Open, and even the Dwarfs Games. He started tennis associations in communities where they didn’t previously have any. He was like the Statue of Liberty of tennis – “Give me your tired, your poor, your huddled masses yearning to . . .” He was certain they yearned to play tennis and they would be better for it.

USTA Texas often awarded Cox for his efforts and, in 2019, they presented him with the ultimate: a namesake, the Henry C. Cox Adaptive Tennis Award. Cox was inducted into the Texas Tennis Hall of Fame ten days ago in Waco. While he could not make the ceremony, his presence and impact were felt by the overwhelming number of supporters who came to celebrate him on that special evening.

Learn more about Henry Cox and his legacy by visiting the Texas Tennis Museum & Hall of Fame. 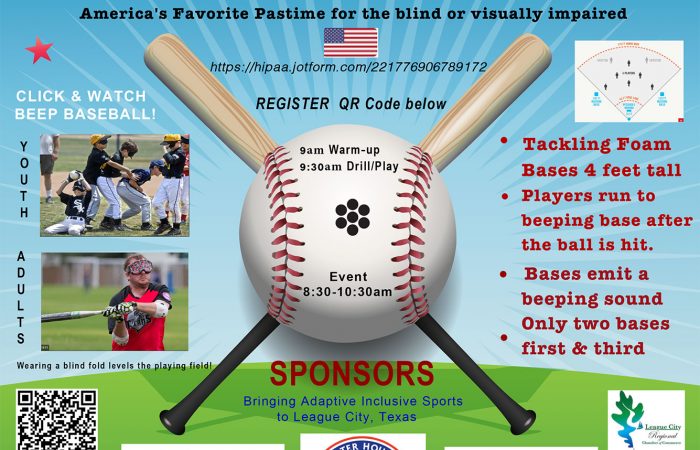 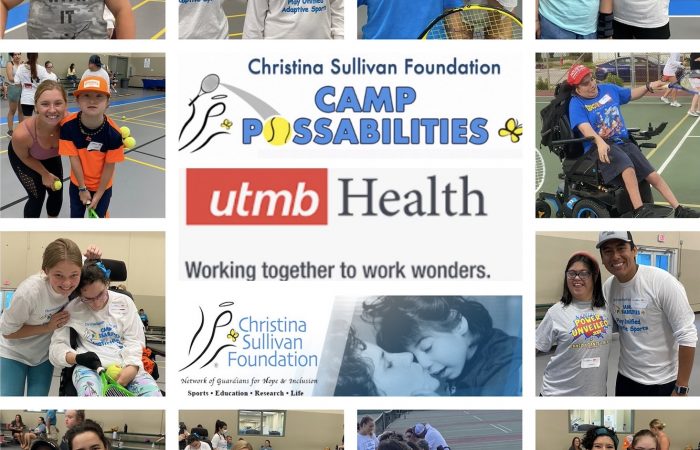 UTMB Scool of Health Professions Christina Sullivan Foundation Community Engagement Education Collaboration. It's not about the Sport. It's so much...
•April 25, 2022

The Christina Sullivan Foundation: “A Network of Guardians for Hope & Inclusion” is a 501(c)(3) non-profit public charity created by her family to assist athletes of all ages, abilities and challenges. Sports•Education•Research•Life 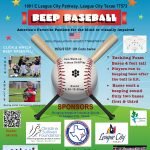 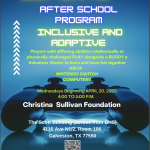