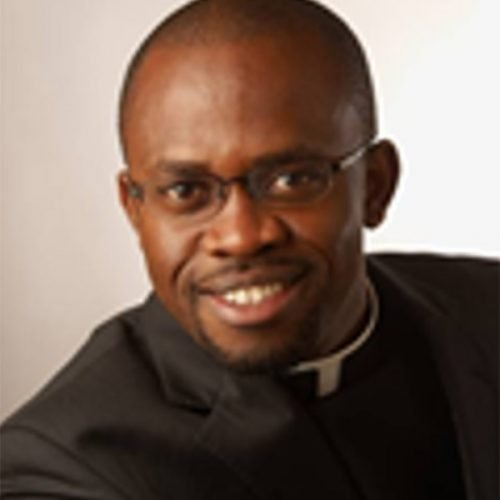 Fr. Jude Ekenedilichukwu Ezuma was born on February 10, 1979, in Lagos, Nigeria, to Michael and Philomena Ezuma. Fr. Jude began his Seminary Formation in 2000 with the Josephites until 2006 when he was called to join the Archdiocese of Galveston-Houston to continue his discernment to the priesthood.

In 2015, he returned to Houston to serve as secretary to Daniel Cardinal DiNardo. He was assigned to be Pastor of Holy Family Parish, Galveston Bolivar, on July 1, 2017.

Father Jude’s guidance for The Christina Sullivan Foundation and the family after their daughter and sister’s passing became the onset of his work for the Foundation today. To Josephine, he said, “If you just listen, Our Heavenly Father will guide you on your next journey. She listened, and heard his guidance that spiritually lead her to the Growing Foundation Family “Bringing People Hope and Inclusion.”