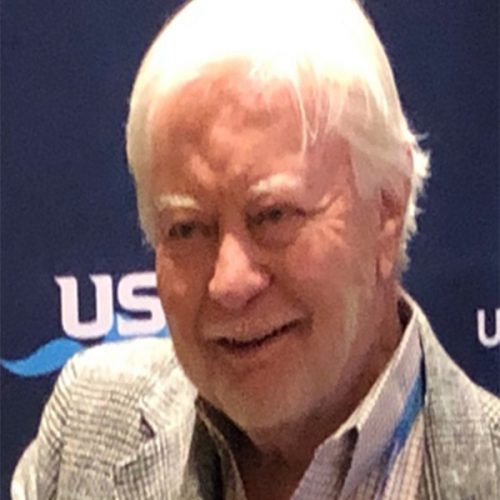 Henry Cox was born with one arm 75 years ago. He is living proof that people with disabilities can overcome the challenges in life and succeed. In Lincoln, Nebraska, he received the 1987 USTA Community Service Award winner. Henry managed and taught tennis professionally at the Woods Tennis Center and the head professional at the Lincoln Country Club. Henry attended Nebraska Wesleyan College, where he was a member of the Sports Hall of Fame and is the prime motivating force behind a resurgence of public tennis efforts in Lincoln.

He was instrumental in creating the USTA Schools Program in that city and supervised summer follow-through programs. He has also developed a traveling team for the tournament-level juniors in Lincoln and started the booster programs at Nebraska Wesleyan and the University of Nebraska. As if all that wasn’t enough, Henry also volunteers his time to serve as the Second Vice-President of the Nebraska Tennis Association.

He was Awarded in 2020 the first USTA Texas Henry C. Cox Adaptive Tennis Award that honors an individual or organization that has been instrumental in the development of adaptive tennis through playing, coaching, sponsoring or promoting tennis for those with disabilities abilities. His fifty years of experience and dedication towards inclusion for all athletes is an immeasurable gift to The Christina Sullivan Foundation, and those served as Branding Manager.